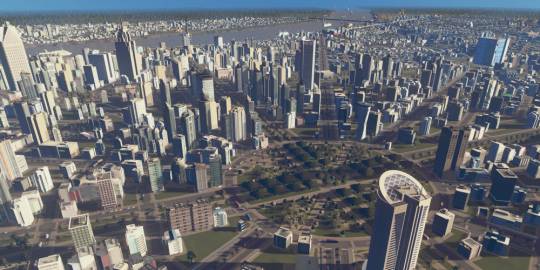 Today we are here to review city-building games. It is a genre of video games that implements a  software-based city simulation, in which players create a settlement or city.

The genre has a strong following, and many titles have been released. It is generally accepted that the first city-building game was SimCity, released in 1989 and gained popularity from the fact that it allowed players to create their own cities.

The game was a major success and has spawned several sequels and many imitations. Here is a list of the five best city-building games that you may enjoy.

Cities: Skylines is a city-building that can be played from either a first-person or third-person perspective. It is a single-player game with online multiplayer capability.

Banished is a town-building strategy video game that was released on 23 February 2014. It is developed by Shining Rock Software. The game is available for Microsoft Windows and Mac OS X.

Banished is a single-player game with an online multiplayer mode that can be played through Steam. The game is played from a top-down perspective and concentrates on the survival aspect of town-building. The player needs to ensure their citizens have a constant supply of food, water, and heat.

The game is set in a new colony where the player has to manage resources and its citizens to build a new city. Create a new colony and manage it – manage production, finance, and the population.

The game is set in Ancient Egypt and the player acts as the Pharaoh. The player must build the city of Alexandria and manage the Pharaoh's resources. It is a single-player game, but it has a multiplayer mode that can be played through a LAN or the Internet.

SimCity is a city-building simulation video game that was released in February 2013. It was developed by Maxis and published by Electronic Arts. It is the latest installment in the SimCity series.

The game is designed to be a single-player experience, but an offline mode allows players to play the game without an Internet connection. The game is also the first in the series to feature full 3D graphics. But it has an online multiplayer mode in which players can build cities cooperatively or competitively.

It is played from a top-down perspective and has an optional isometric viewpoint. It has a single-player mode that is called the "traditional" mode and has a new mode called the "SimCity World".

Tropico 6 is a construction and management simulation video game that was developed by Limbic Entertainment and published by Kalypso Media. The game is the sixth release in the Tropico series. It was released on PC (Microsoft Windows) on May 23, 2019.

Tropico 6 is an economic simulation game. The player assumes the role as El Presidente, the authoritarian ruler of a fictional island nation. The player is tasked to manage all aspects of the island by taking control of the government, army, and economy, to manage foreign affairs and internal security.

I hope you enjoyed this article. If you think I missed a game that should be included then mention it in the comments.